Philippians is the 11th book of the New Testament, the 50th book in the whole Bible and was written by Paul.

Philippians is a letter to a church in Philippi that was on the verge of discord and heresy.

The aim of this letter is to promote unity through faith and love, despite their different backgrounds.

Who wrote the book of Philippians?

The first verse of Philippians states clearly that Paul is the author of the book, and like the book of Colossians he names Timothy in the opening verse, indicating that Timothy played some part in the writing of the book. It is unsure whether Timothy co-wrote the book with Paul or acted as a scribe for Paul.

When was the book of Philippians written?

Of the four prison epistles it is believed that Paul wrote the letter to the Philippians toward the end of his first imprisonment, around 61-62AD.

The other three prison epistles, Ephesians, Colossians and Philemon were written before Philippians and were delivered by Tychicus and Onesimus, whereas the letter to the Philippians was delivered by Epaphroditus.

What is the book of Philippians about?

Often Paul wrote to believers in response to a crisis or challenge they were facing, but this is not the case with Philippians.

The time that Paul spent with the church at Philippi and the joy and love he feels for them is evident in this letter. Paul opens his letter in verses 3 – 6 with these words:

“I thank my God whenever I remember you, always in every request of mine on behalf of you all, making my requests with joy, for your partnership in furtherance of the Good News from the first day until now; being confident of this very thing, that he who began a good work in you will complete it until the day of Jesus Christ.”

The letter was written in response to a gift that Epaphroditus had brought to Paul in prison from the  church in Philippi.

Paul wrote to thank them for their gift and to encourage them to grow in their faith.

Despite difficulties Jesus’ love, goodness and grace can be a source of joy and peace.

The Bible Project has many videos unpacking different books of the bible. This one on Philippians is a great overview to help you understand the book better.

Bible Study on the book of Philippians

The SOAP Bible Study Method is a great way to unpack the book of Philippians more. The study below uses this method to take you through passages of scripture. 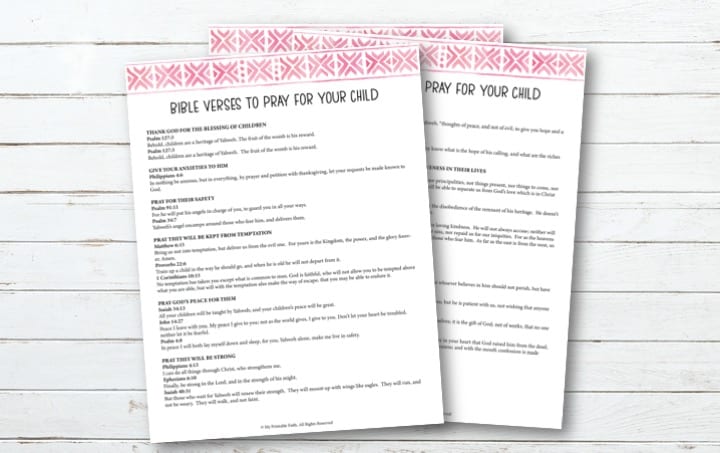 As Mum’s we all want the best for our children.  We work hard in the physical and emotional realm to give them the best that we can, of our love, our time and to provide for them to the best of our ability. As Christians we have access to a spiritual realm and power to… Our first introduction to God as ‘I AM’ is when He spoke with Moses in Exodus 3:13-14. Moses said to God, “Behold, when I come to the children of Israel, and tell them, ‘The God of your fathers has sent me to you,’ and they ask me, ‘What is his name?’ what should I tell…

The greatest example of humility is Jesus himself! Jesus left the glory of heaven to become a human baby, live life on earth, and suffer a terrible death, all to make a connection with us and to bring us the gift of salvation. As followers of Jesus, we strive to be like Him, but humility… There are lots of women mentioned in the bible. Some of these women have names and others don’t.  We can learn from all of these women in the bible whether it be examples on how to live our lives to warnings on how not to behave. Below is a list of women found in the…

The Bible encourages us to ‘give thanks in all things’ but what is thankfulness and why should we practice it. To be thankful is to feel happy and grateful for something. Giving thanks can help you to feel happier, reduce your stress, improve your sleep, and make you more resilient. The Bible verses below and…